Big Question: Why did the great journeys occur?

Lesson 1: The Age of Exploration 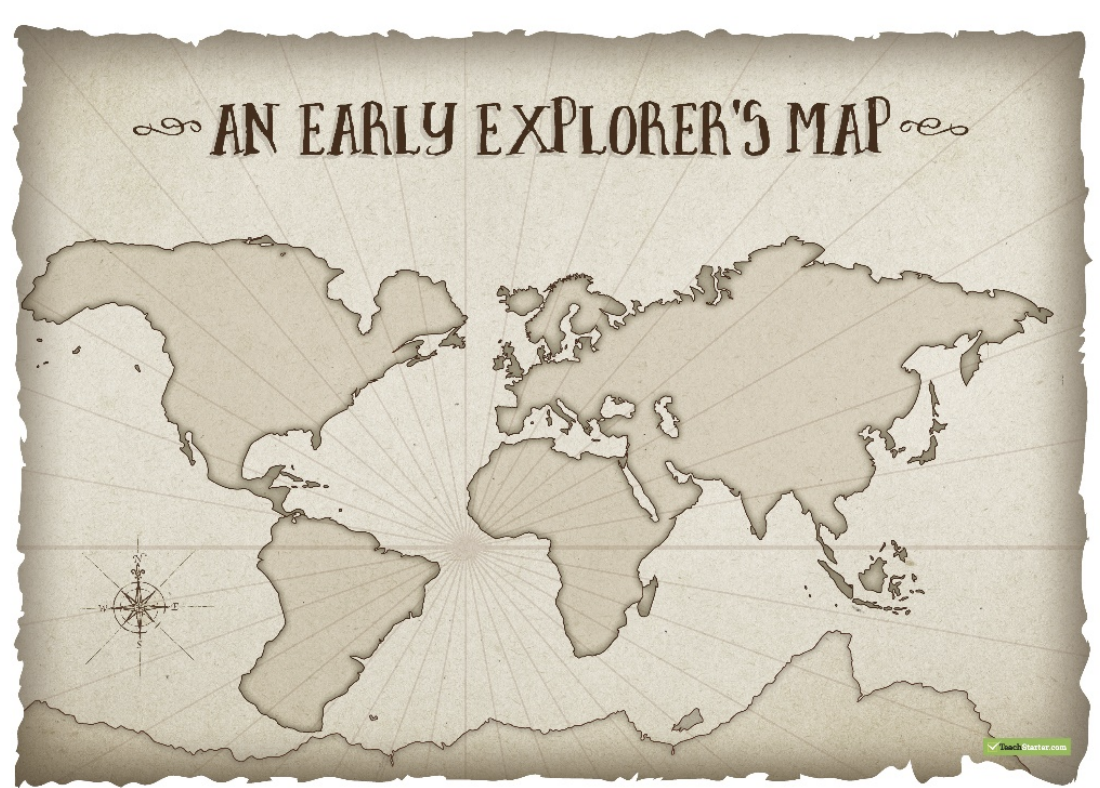 In the early 1400s, Zheng He led the largest ships in the world on seven voyages of exploration to the lands around the Indian Ocean, demonstrating Chinese excellence at shipbuilding and navigation. In 1433, the government suddenly called them off.
Whole Class Discussion

​TASK:
Read the text as a whole class.  Independent: Answer the questions that follow in your HASS books. You can refer back to the text for  your answers. Use full sentence answers please!
​ 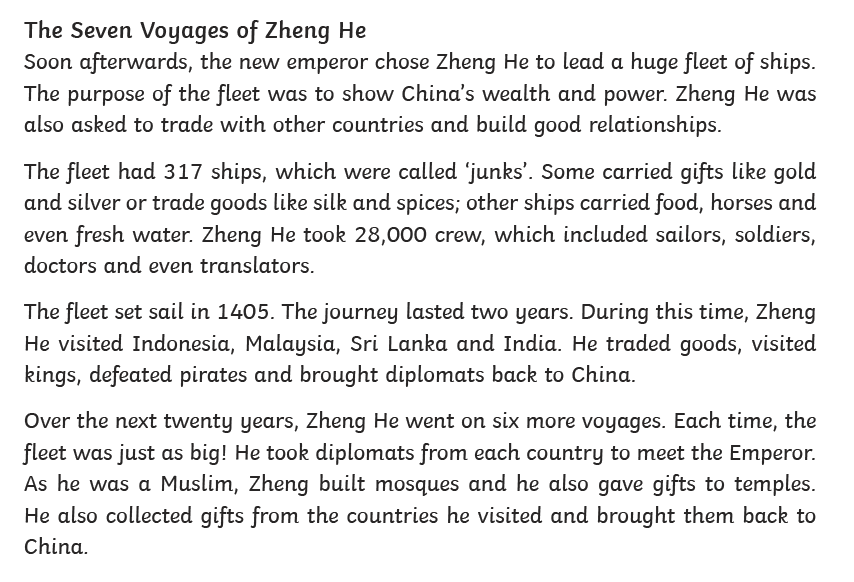 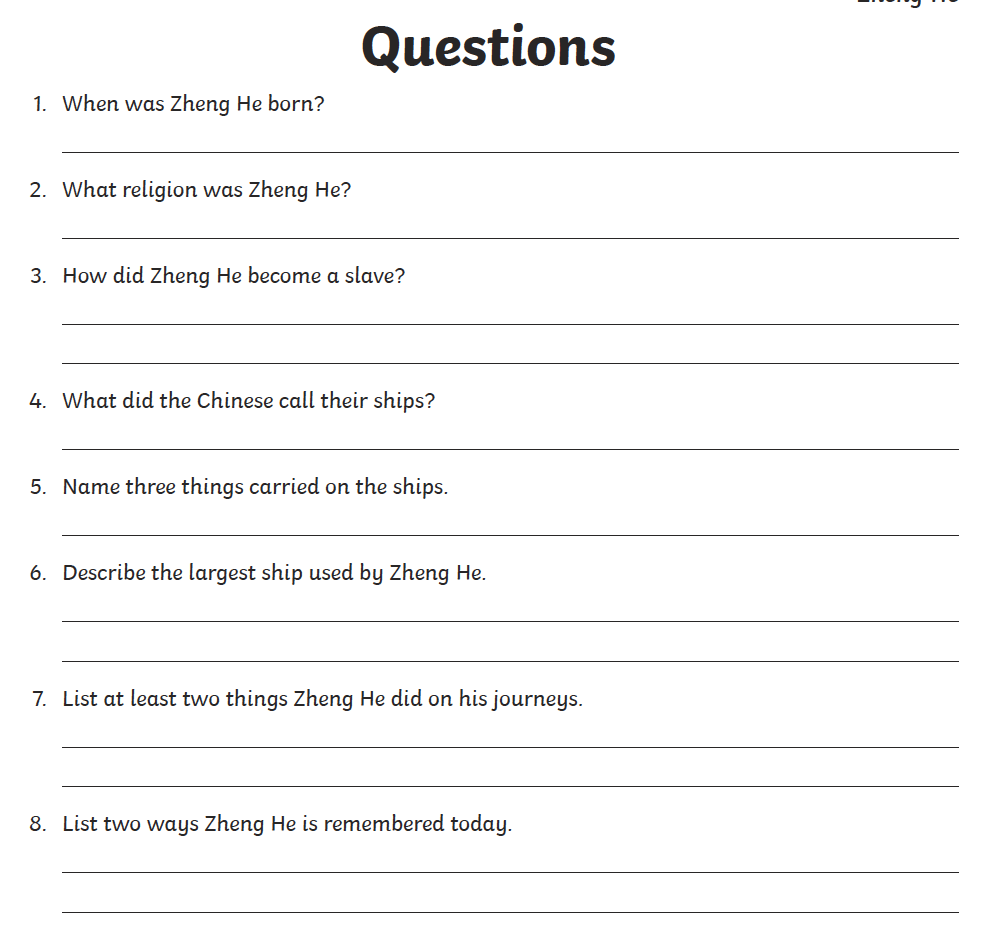 Luis Vaez de Torres / Pedro Fernandez de Quiros: From Peru two Spanish seamen went on search for more terrain, One named Quiros had rebellious crew and not much did he gain. Torres led the expedition,he succeeded, found his fate, Was the first to sail the seas up north, it's now named 'Torres Strait'.

Dirk Hartog: When Dirk Hartog sailed to Javathe 'Eendracht' was blown off course, His ship landed on an island,the strong winds had so much force. He continued sailing north,mapping the West Australian coast Then wrote a message on a pewter plate and nailed it to a post.

Abel Tasman: In 1642 when asked to start exploring southern seas, Tasman commanded two ships and navigated them with ease He first discovered Tasmania and named it 'Van Diemen's Land' Then found New Zealand and went back to map the space called 'New Holland'.

William Dampier: An explorer, William Dampier,born 1651 Was first to circumnavigate the world, he was an Englishman He sailed the 'Roebuck' to New Holland but it took on water fast Though he managed to get good records of the surroundings at last.

James Cook: It was on the ship 'Endeavour' that Cook found Bo-ta-ny Bay, Joseph Banks helped name the florathen they continued their way. Having found the eastern coast,Cook named the state of New South Wales, In Hawaii natives killed him,crewmen lived to tell his tales.

Matthew Flinders: Matthew Flinders was the first to sail around our whole country, With his wife living in England,his cat Trim was company. From his efforts we now know Tasmania is not joined on, Many landmarks with his names how that his legacy lives on.